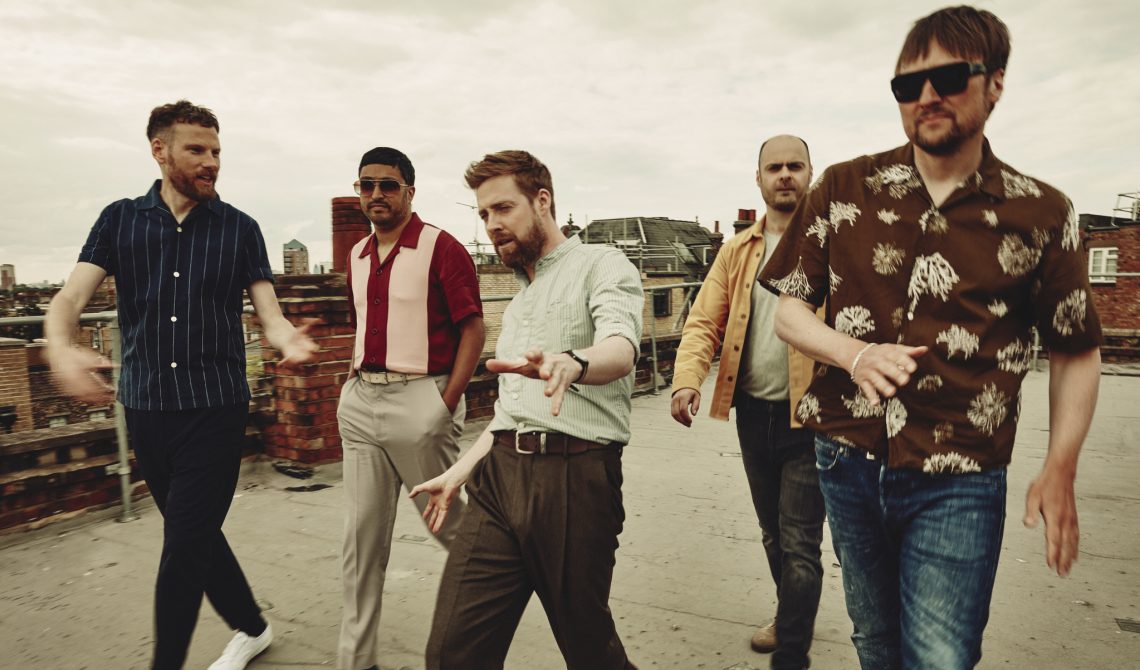 Nina: You started out as a successful indie band and are part of the „Class of 2004“. Nowadays, especially on your last album „Duck“ you sound a lot more pop. Do you think the indie rock of the 00’s is dead?

Peanut: You just have to go with the time. With this album we wanted to do something that sounded like the early stuff of Kaiser Chiefs, like the guitar and the vocal sound. But we didn’t want to sound like 2004 because then it would have been a bit retro. And we don’t want to be retro.

N.: The current trend in music is heading towards autotune-rap and electronic music. Do you feel a certain pressure to change your style of music over time?

P.: We feel aware of how the trends change. But we can’t follow everything. Because that’s what makes a band unique. So yes, you can be aware of trends, but I don’t think you should feel like you have to change. Let’s say you have to progress. Like The Who. They didn’t follow any trend, but they followed their own path. And we follow our own path.

S.: On our album ”Stay Together” (2016) we tried to be more pop on purpose. Something that didn’t sound like us. Most of the time bands still sound the same as they always did. But for the radio, the record company will always choose the song that sounds the most autotuned. Because that’s what works best. But as a band you just have to ignore all that and do your thing.

N.: So, for you as a band it’s more of a natural progress then?

P.: Well, we do think about the trends. There might be a new keyboard sound, or a new guitar sound or whatever. But still, when the five of us get together it’s enough Kaiser Chiefs in there to not make it sound like it’s being made in a box. We still enjoy playing music together in a room and making loud music. You know, synthesizers are cool, but it’s not the same as when you got a real drummer drumming next to you. You have to stay true to what you are. We didn’t start as an electronic five piece, and I don’t think we ever will be an electronic five piece.

S.: Well, maybe. Maybe our path will take us there someday in the future, haha. But coming back to your first question: I think in 2004 guitar music was pop music. Arctic Monkeys, The Kooks, Franz Ferdinand, they all were number one. Pop music was guitar music. If we would have done the same thing five years before. We would have been number 40 probably.

P.: I think there is no definition of pop music. Because it’s just what’s popular at that time. The songs you hear on the radio – that’s what’s popular. But that doesn’t mean that all the music around it dies, if anything, that’s what makes your music stronger: You have to fight to survive.

Kaiser Chiefs – I Predict A Riot

S.: That’s the hardest thing to work out. When someone asks you to talk about yourself or to know who you are. Saying this about the album, it’s more compared to “Stay Together”, because that is not Kaiser Chiefs. With “Duck” we are going back to being more Kaiser Chiefs by having more guitars, loud drums, Ricky’s voice sounding rougher. Without autotune and stuff.

P.: The DNA thing is more like a feeling to me. You know, when you write a song, and everything is coming together, and you’re like: Yes, this is where we want to be right now.

N.: In your album titles and lyrics you also often address the themes of war, anger, riot etc. Do you generally process discomfort, aggression in your music? Did it change over the years?

P.: Hm, I don’t know if it’s anger. But “Yours Truly, Angry Mob” and “Off With Their Heads” – these are quite powerful statements.

S.: The first album is not really about addressing society issues. “I Predict A Riot” is actually originally about a band that is playing in a nightclub, and it gets crazy and hot and it’s like: I predict a riot – something is going to happen, it’s gonna get off the scale.

P.: Nowadays, when something like Brexit happens, everyone is like: “Whoa look, the Kaiser Chiefs predicted this”. For me, it’s just a nice album. The whole album is really about girls, nights out in Leeds and having a job. All that stuff. And then the second album is more about bigger issues and society anger. Right now, we live in the most angry time in Britain anyway because of Brexit. It’s a weird place to live in. And actually on the new album “People Know How To Love One Another” it’s the opposite. It’s like, even though people got different opinions, they all just want to move forward and be pleasant to each other. So this album is all about unity and being together.

Kaiser Chiefs – People Know How To Love One Another

N.: Well, you just said it. The lead single “People Know How To Love One Another” has been described by you as an anthem for Brexit Britain. Also the video supports diversity a lot. How important is it for you to address such important issues?

P.: It’s extremely important. But at the same time I think sometimes it’s not about addressing such topics, but to acknowledge them. “People Know How To Love One Another” is about not forgetting that we are all human beings, that we should all take care of each other and love and respect each other. And the video is a visual metaphor for that: a fully inclusive world.

N.: And it turned out to be a really nice video!

P.: Thanks! It should give people a nice, warm feeling. A feeling of “Wouldn’t it be nice if the world was more likes this?”. It’s hope. It’s a lot of hope in there.

S.: Yes! So, I don’t think it’s the anthem for Brexit Britain, but an anthem for everybody.

N.: Which is a really good message in times like these! Regarding music, it’s also the time of streaming. In 2011 you took a very creative release approach with your album “The Future Is Medieval” where your fans could create their own personal album version by choosing 10 out of 20 songs. Now, in the age of streaming, how important do you think it is to release a whole album instead of individual tracks?

P.: We started Kaiser Chiefs in a time where albums were huge. It was about making an album and get it out into the world. But we realise now, that if we have one good song, we can just release it. And then maybe release the album a year later. It feels a bit weird, but we fully acknowledge that the way music is being consumed and the way it’s being delivered totally changed over the last years. But we like making albums and the artworks to our albums. And we like being a band that you can get to know by flipping through the booklet, reading the lyrics and seeing the photo. But I think in the future we will just get songs out if we feel like it and see what happens. Or, at least we have the opportunity to do that.

N.: How do you personally feel about this change in consuming and delivering music?

S.: Whatever gets people into Kaiser Chiefs and into our songs is great. On our last tour there were lots and lots of teenagers and I think they all found us through streaming. They probably wouldn’t have been there if there were still only albums. So that’s a really good part of streaming. We want to share the creative things we do.

N.: Talking about creativity: After university, Ricky worked as an art teacher besides the music and he also performed in a musical. Which other art forms play a role in your creative process?

P.: I do a lot of photography. I photograph venues and I take a lot of pictures of the band in every corner of the world while touring. I love shooting with old film cameras. It’s good to have variety. I think that helps me calm down.

S.: My girlfriend is an artist. So I get to see a lot of contemporary art. I’ve been to Documenta in Kassel a couple of times and I’ll go to Biennale and will be exposed to some challenging video work, haha.

N.: As the time is running, I only have one last question: You’re touring with a suitcase full of nerf guns…

P.: Haha, how did you find out about that?

N.: Well, I just did my homework, you know! When is the time you are usually bringing the guns out?

P.: It could be right now. If we weren’t talking to you, it would be right about now. This venue is perfect, because there’s lots of corridors.

S.: A lot of people ask us about how we can stay together as a band for such a long time now and not arguing or splitting up. And I think there are a lot of factors, like accepting each other’s space. But also shooting each other with nerf guns sometimes helps.

P.: Just look out on your way out! 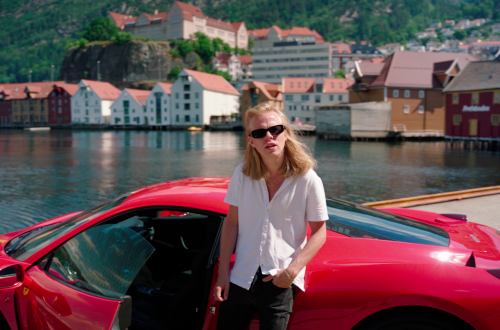 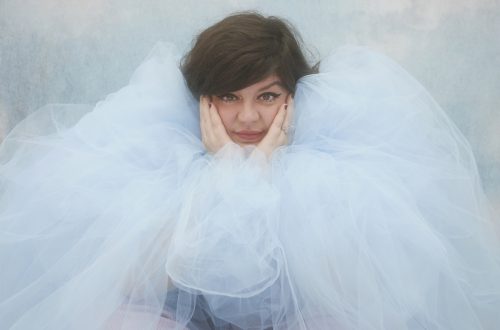 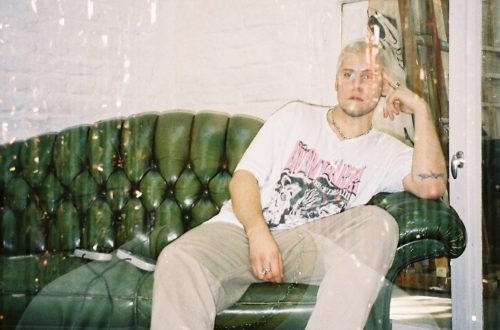