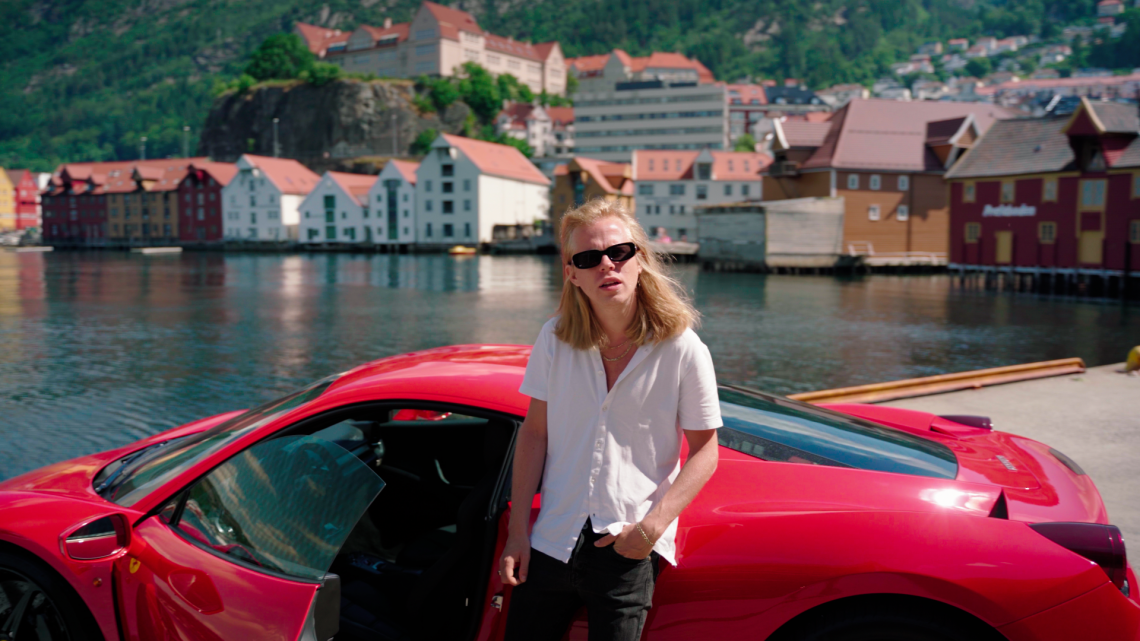 N: Your first single as Axel Vindenes “Yesterday” is out today. But you have quite a few alter egos such as Axemax, Manhattan or Wild Nature, which goes into the direction of Rap and Hip Hop. What made you decide to now present yourself in your purest form as Axel Vindenes?

A: Well, I just thought it was time. I’ve been spending a lot of time in my band, been touring a lot and making a lot of music with my friends. And now it was time to show the world some solo stuff. Only me.

N: Do you think you needed all your alter egos to develop yourself?

A: No, I don’t think so. I don’t look at it as alter egos in a way – I just have a lot of nicknames. And Axel is my first name, so why don’t show the world Axel?

N: In “Yesterday” you sing about a broken relationship. Quite similar to Kakkmaddafakka, you turn melancholic topics into vibrant, living pop sounds. Is this a way for you to deal with such serious things and topics?

A: Yes, I love putting serious stuff into art. And I think for making art it’s good to have a broken heart or something. I think it has a purpose in a way.

N: But on the other hand, you could have turned the heartache into a sad song?

A: That’s very true. And I also love to make sad songs. But I think there is something special in the combination of a danceable and happy song and sad lyrics. When it works, it can be wonderful.

N: Where do the 70’s and 80’s sounds in your music come from? Do you have any special influences here?

A: I’m just very inspired by good music in general. There is a lot of good music coming from the 70’s and 80’s  that I like and that I grew up listening to. Everything from Boney M. to ABBA and Modern Talking. As a kid I went wild when they put up Boney M. songs at parties. And I still go crazy when it comes up somewhere. This is the inspiration for my solo project. I also love making dance music for clubbing.

N: Do you have a specific role model when it comes to music?

A: No, not one specific role model. I just love all kinds of music. I’m very deep into music. I don’t wanna call myself an expert. But I know a lot. I study all the time. I listen to gangster rap or trap music a lot. I listen to music several hours a day and I’ve been doing this for my whole life. I also like going to shows of my favourite artists, such as George Michael or Justin Bieber to get some inspiration. But also, I am Axel. And I’ve proven for a long time that I’m a pretty good entertainer with my band. I think there will be no problem doing it solo as well. It’s a blessing from god. I always feel like I’m one of the best in the world.

N: Is that also the reason why you went solo now?

A: I think the reason was just my love of music and the responsibility of giving my solo music to the world. For me it’s about showing the world what I do when I’m doing it alone. And I try to impress a little bit, you know?

N: So, besides playing music, you are also painting. You’ve been doing that since 2013. How did you start?

A: I got a painting kit for christmas. So I started painting. And my first painting turned out very nice. And then I kept on going.

N: Do you still have your first painting?

A: Yes! Do you wanna see it? I have it right here! (Zeigt es in die Kamera)

N: This is pretty good for a very first one!

A: Yes. But well.. If someone wants to buy it, they can buy it. I sold almost every painting. I never tried to sell this one though.

N: So, when you’re having exhibitions. What kind of people are coming to see and buy your paintings? Are they fans who know you through the music or is it a mixed audience?

A: Mostly it’s painting people. I never had an exhibition in Berlin. I think there it would be different. But in Norway it’s mostly people who are a little bit older and have a deep interest in paintings. But of course, there are also a lot of fans coming. And I sell a lot of the prints to fans as well. So I’m very fortunate and lucky.

N: Your paintings are quite colourful – Does every painting have a deeper meaning or are you painting for the act of doing it?

A: When I paint I’m in the moment and when I’m done I look at the painting and when it’s nice it’s cool. Sometimes it’s not. I just go with the flow. And I love colours, so I use a lot of them.

N: Do you have a favourite motive?

A: Right now I’m painting a lot of cats. But I used to paint a lot of cool architecture, that’s what I started painting with. But now I love cats and naked ladies.

N: Cats and naked ladies. Reminds me of Picasso.

A: Well, that’s true. I haven’t thought about that, yet. Maybe I should stop painting naked ladies and cats. I thought I would be very original with these themes.

N: Unfortunately there is almost always someone who did it before, right?

A: Yes, unfortunately. Goddamn! I will just pretend that I didn’t get that information from you! Thank you.. (lacht)

N: You’re welcome. But besides that, do you have any role model when it comes to painting?

A: Yes, actually Matisse, a french painter, is a big inspiration for me. I also love the Norwegian painter Munch. He lived in Berlin. Those two are my favourites.

N: Is there for you a connection between the art of painting and the art of making music?

A: It helps each other. When you’re good at writing songs, it helps painting and the other way around. It helps you grow. I think making a painting is similar to making music. You have different layers and techniques in both.

N: And is there something that music gives you and painting can’t?

A: Definitely! I think music is stronger. It moves people. And also, I’m better at making music than I am at painting. And you will not make 2.000 people dance along to a painting. With music you can. I always say music is the strongest form of art. And I think painting comes right after.

N: You once said: “I feel that in the art world, like in the design-world, music-world and life, in general, is about being cool.” – How exactly do you define being cool?

A: It’s not so easy to define, but I guess a lot of people would say it’s about being friendly, not taking yourself too seriously and being relaxed. It’s something about being perfect in a way. For me, being responsible is cool. And cool people love cool people. They love to hang with each other without looking at race, gender or political identities. Be cool, and everything’s cool!

N: This is a very nice phrase to end the interview with. Thanks for your time! 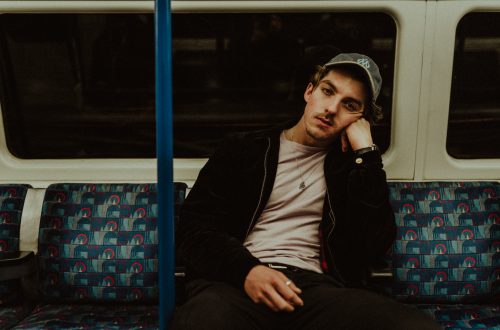 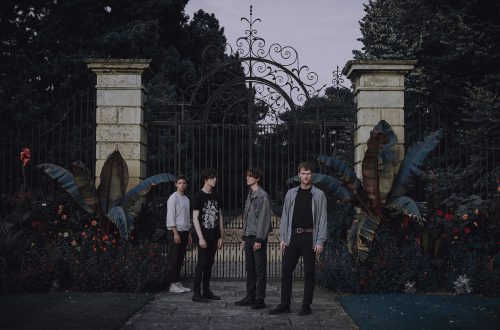 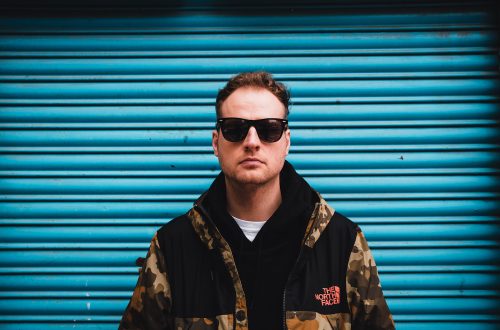