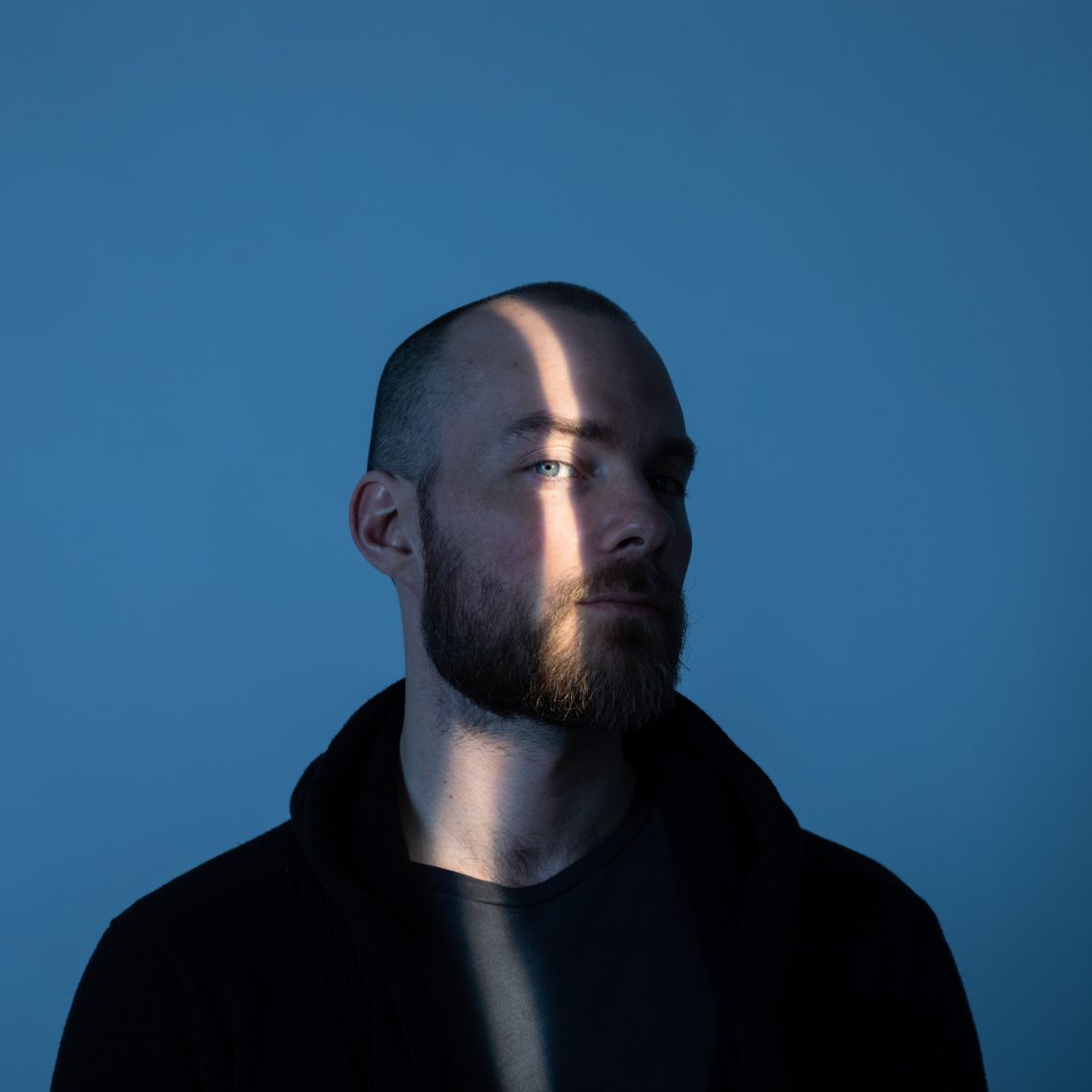 Nina: What mood, emotions or feelings did “Time On My Hands” arise from?

Ásgeir: On this album, I wanted to challenge myself and write more of my own lyrics. I used to use my dad’s poetry for my songs and also a friend of mine has written a lot for me. I felt like it’s time to see if I can find my own way of writing and my own voice and if I can get any creative enjoyment out of it. A long time went into that. A few months just me trying to get something on the paper and be happy with it. So, that’s sort of the mood of this album: me trying to find my voice. One thing that most of the songs have in common now, is that they are more personal. I’m reflecting on memories and personal growth, maturing, and mistakes I made.

How much personal insights do you feel comfortable sharing?

It’s difficult. When you’re writing, you want to generalize things and don’t want them to be specifically connected to yourself. But I learned that it’s better when you think of something very personal and describe it in detail. Something you think people wouldn’t be able to connect with because it’s so specific to yourself is exactly the thing people will find themselves in. It was actually very interesting for me, because I had to try to think about things from the past I haven’t really thought about for some time. But yes, some of the songs are so personal, I sometimes felt uncomfortable with sharing too much.

With “Time On My Hands” you wanted to extend boundaries. During the making of the album, were you able to perceive personal boundaries that you had to break down, especially in times of Covid? How are these personal experiences reflected in the songs?

In the beginning of making the album I felt like I am on a crossroad because I wanted to do something different. I just wanted to do something uplifting for myself, while we were all isolated during the lockdown. But then the process of making an album took over and I went into another direction than I actually wanted to go. But a few of the songs I made in the very beginning also made it to the album, songs like “Snowblind” and “Golden Hour” for example. I changed my mind many times and that’s why it’s kind of all over the place. I now understand what people mean when they talk about working through things by writing about them. Because you just really have to spend time looking into yourself and thinking back and reflecting on stuff.

So, the process was kind of a self-therapy in a way?

I think so, yes. I usually don’t do that, like sitting down and spending hours and hours thinking about stuff. But I think it was good. And I got to work through things like past relationships for example.

I associate your first record „In The Silence“ above all with a personal time of self-growth to which I feel set back every time I listen to it. Is there any specific feeling you want to give listeners with your music?

I don’t consciously think about it when making a song. The reason I wanted to write my own music was because of the way music made me feel. I wanted to be able to do that for someone else, I think this is kind of magical in some way. I just hope that my music can move people.

You released your first albums in both Icelandic and English. When you translate from Icelandic to English, do some of the emotions and feelings that you want to convey with your songs get lost?

Probably in some cases. But I think you can always still get the meaning behind the songs.

Listening to your songs, one feels directly transported to the nature of Iceland. Each song feels like a musical representation of your home country. How does Iceland influence you as a musician?

That’s a difficult question. I’ve been living in Iceland all my life. And never really noticed the beauty of its nature. It’s just there. Sometimes I’m trying to put myself in the shoes of a tourist that is coming to Iceland for the first time and seeing these big fields of nothing and lava and all this. It’s just a totally different point of view. But in terms of how it affects the music, it’s so difficult to say really. The weather, the seasons, the view of the mountains, the glaciers, and volcanos – it probably plays a part because it’s so magnificent and dramatic in a way. Also, in winter it’s very moody and dark all the time which can be kind of depressing sometimes. But then you have hope in the northern lights and the beauty that comes out in winter. And you have the complete opposite in summer.

At least in terms of lyrics. “Snowblind” for example was written in winter. “Golden Hour” was written close to summer.

What would you say are the advantages of musicians living in Iceland?

Since Iceland is so small you have a really good network. Everybody knows everybody, so it’s easy to get into the scene. I remember when I started playing shows in 2012, I felt like I knew everybody in Reykjavík after a few shows. And maybe it’s not as competitive as some other places. People are just very into working on stuff together and there’s no negative aspect to it. Because it’s such a small place, you must be good to each other because word gets around quickly if someone is a dickhead. And I feel like everyone is just open to work on cool music.

Putting out a new record also means touring. You have played some shows around Europe the past months. Do you look forward to touring after putting out a record?

Mixed feelings I would say. When you release an album, the next year is completely dedicated to that and that feels weird. I’ve been working on the album for about two years, and I’m kind of over it. For everybody else these songs are new. But for me it’s already old stuff. I want to start recording new songs. But when playing live I’m surrounded by so many great people and it’s just a different kind of groove. I enjoyed the last tour a lot.

Did you recognize any change in the audience since the pandemic?

We see differences in attendance and ticket sales. We were a bit nervous before the tour that nobody would show up. But it went better than we thought. And you could definitely feel the anticipation and excitement in the audience to be able to attend shows again.

Did you also recognize something that changed in yourself as a musician?

I’ve been touring for about ten years now and somehow transformed into this life. I didn’t really enjoy it at first. I didn’t feel like that was my place or that I was good enough for that or even deserve it. Maybe I just wasn’t ready for it. But now I totally enjoy it and have gratitude for what I’m able to.

Thank you so much for your time! 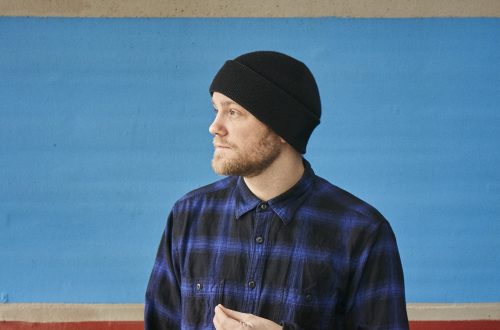 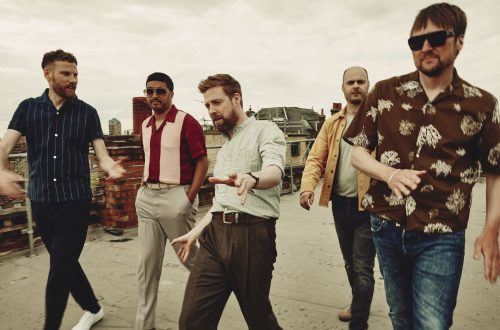 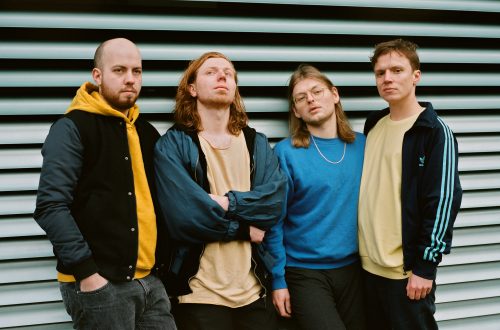